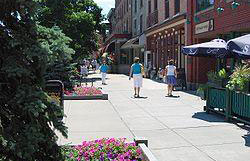 Club K-9 & Feline Pet Sitting has been providing professional Pet Sitting and Dog Walking services to Saratoga Springs, Wilton and Greenfield since October 2006. Saratoga Springs is known the world over for History, Health and Horses. The Battle of Saratoga was a turning point in the Revolutionary War in 1777. In the 19th century, it’s mineral springs attracted the wealthy for their healing properties. Saratoga Race Course was the first ever thoroughbred race track in America established in 1863.